Kant's Table of Nothing. An Interpretation and Defense

The Transcendental Analytic of the Critique of Pure Reason ends with the exposition of Kant's "Table of Nothing". This table is fourfold and contains the following concepts of nothing: the ens rationis, the nihil privativum, the ens imaginarium and the nihil negativum. The ens rationis is a mere object of thought – an "empty concept without object" – and corresponds to the category title 'quantity'. The nihil privativum is defined as "empty object of a concept"; it corresponds to 'quality'. The ens imaginarium is an "empty intuition without object" and it corresponds to 'relation'. Finally, the nihil negativum is an "empty object without concept" and corresponds to 'modality'. (See A292/B348)
It is not clear whether Kant intended these few pages on 'nothing' to constitute the last fully independent section of the Analytic or merely the appendix of an appendix, that is: an addition to the Appendix on the Amphiboly of the Concepts of Reflexion. Kant himself notes that his discussion of the concept 'nothing' is "not of special importance, but still might seem necessary for the completeness of the system" and thus must take place "before leaving the Analytic" (A290/B346).
It would be an understatement to say that the Kantian table of nothing has gotten little attention from Kant scholars, who thereby implicitly endorse the first part of Kant's claim, namely that it is "not of special importance". In his Commentary on the first Critique, Norman Kemp Smith writes a mere half page on this brief passage (not without chastising Kant for fitting his discussion into the division of the table of categories) (see Kemp Smith 1918, 424), whereas Herbert James Paton, in Kant's Metaphysic of Experience (1936), ignores it altogether.
The first serious commentary of Kant's table of nothing came with Ernesto Mayz-Vallenilla's book El Problema de la Nada en Kant (1965). Mayz-Vallenilla believes that there is a perfect symmetry between the categorical determination of 'something' in the table of categories and the determination of 'nothing' in the table of nothing. As a consequence, the leading thread of his study is the thought that the four concepts in the table of nothing are explications of what is already implicitly contained in the intension of the concept 'nothing'. Following his interpretation, the ens rationis corresponds to the title 'quantity' in the table of categories because it is the quantitative determination of 'nothing', the nihil privativum corresponds to the title 'quality' because it is the qualitative determination of 'nothing' and so forth. Recent studies have largely followed Mayz-Vallenilla on this point. (See Granel 1987, Van Kirk 1990, Organte 2003, Romano 2006, Grasso 2010)
After a short presentation of Kant's table of nothing, I will challenge this generally accepted interpretation of the link between the table of nothing and the table of the categories. I will then show how my alternative reading urges us to adjust the current interpretation of the individual concepts in the table. Finally, I will show that several concepts that fall under the general concept 'nothing' play an important role in the conceptual framework and architecture of Kant's philosophy, thereby arguing for the second part of Kant's claim as mentioned above, namely that the exposition of the concept of 'nothing' "is necessary for the completeness of the system". 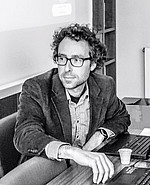